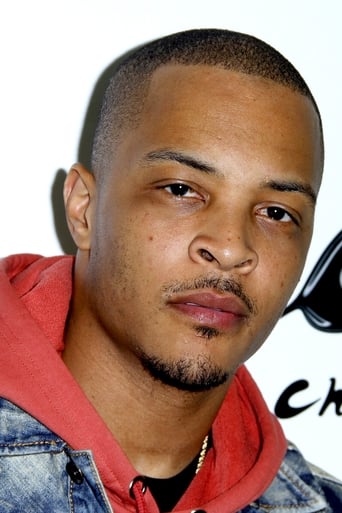 Clifford Joseph Harris, Jr. (born September 25, 1980), better known by his stage name T.I. or T.I.P., is an American recording artist, film & music producer, and occasional actor. He is also the founder and co-chief executive officer (CEO) of Grand Hustle Records. T.I. has released six studio albums (I'm Serious, Trap Muzik, Urban Legend, King, T.I. vs. T.I.P., Paper Trail, and No Mercy) with latter five being highly successful on the commercial market. He has released such successful singles as "Bring Em Out", "What You Know", "Big Shit Poppin' (Do It)", "Swagga Like Us" (featuring Kanye West, Jay-Z and Lil Wayne), "Whatever You Like", "Live Your Life" (featuring Rihanna), "Dead and Gone" (featuring Justin Timberlake), "Got Your Back" (featuring Keri Hilson) and "That's All She Wrote" (featuring Eminem). He has served three stints in county jail, twice for probation violations and once for a U.S. federal weapons charge. While currently serving 11 months in jail he released his seventh studio album, No Mercy. T.I. has also had successful acting career, starring in the films Takers and ATL. Description above from the Wikipedia article T.I., licensed under CC-BY-SA, full list of contributors on Wikipedia.