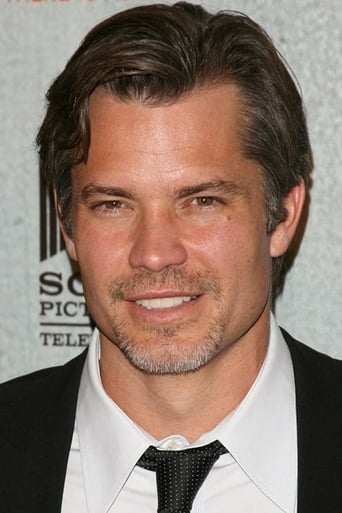 Timothy David Olyphant (born May 20, 1968) is an American actor whose notable roles in television drama series include Deadwood as Seth Bullock, Justified as Raylan Givens, and Damages as Wes Krulik. He has also starred in the films Scream 2, Gone in 60 Seconds, Dreamcatcher, Live Free or Die Hard, A Perfect Getaway, The Crazies, and Hitman. Description above from the Wikipedia article Timothy Olyphant, licensed under CC-BY-SA, full list of contributors on Wikipedia.